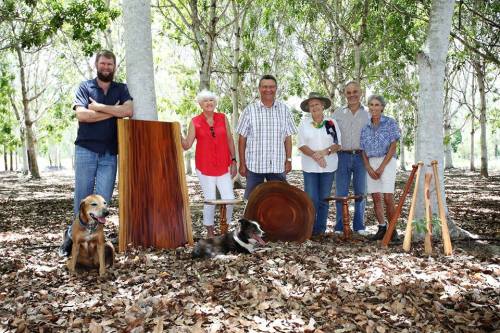 This recent ABC Landline story introduced me to yet another group of Australian farmers who are getting on and growing quality high value timber for the marketplace:

African mahogany (Khaya senegalensis) has a 200+ year reputation as a premium quality hardwood, but supplies from West Africa are all but exhausted.

These people are at the stage of first harvest and looking to break in to the fickle Australian timber market.

The question now is – will the Australian market support these farmers in their efforts to build a new forest industry?

It’s well past time for that attitude to change.

This is a great story and definitely needs everyones support.

Anyone for growing Tasmanian blackwood? 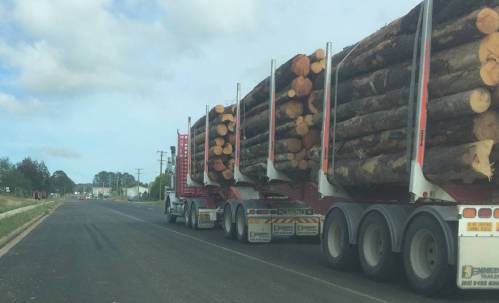 So the NSW Forestry Minister Paul Toole rushes in to confirm that the forest industry IS a taxpayer and ratepayer subsidised loss-making community service.

The forest industry IS NOT a primary industry at all!

Firstly comes the threat of job losses from the Minister.

But once the industry becomes fully commercial and competitive comes the opportunity for growth and expansion, and more jobs. Curious that the Minister only focuses on the negative, not on the opportunities.

Second comes the idea from the Minister that State forest is Crown land and is not rateable. The fact that private forest owners are immediately disadvantaged by this situation is completely ignored. If anyone (Government or private) grows trees for wood production then that is a business and must be treated as such, and treated equally. A level commercial playing field is absolutely essential.

Talking about cemeteries, parks and racetracks is deliberate obfuscation!!

Finally the Minister tries to convince his readers that the NSW Forestry Corporation is a community service NOT a business.

NSWFC’s primary purpose is to manage forests for wood production AS A BUSINESS!! Why else is it called a corporation? And as a corporation it must be managed like any other private tree growing business and pay rates.

The Oberon mayor Cr Sajowitz said last week that she wanted to stress that a “vibrant, expanding timber industry is absolutely vital to the economic stability, growth and prosperity of our towns”.

But she said “government profit at the expense of local communities is not tenable”.

The Oberon Mayor is completely correct but she could provide a broader, more forceful argument.

If the forest industry can’t operate in a fully commercial and fair manner then it’s future is indeed grim.

How is the forest industry going to remain competitive in global markets if it relies on increasing subsidies?

How is the forest industry going to attract private investment if private investors have to compete against a subsidised competitor?

These basic matters of proper commercial management need to be resolved if the forest industry in Australia is to have any future at all.

Unfortunately there are very few people who understand and even fewer who are pushing for change.

The forest industry in Australia has some serious basic issues that need to be fixed before anyone is going to take the industry seriously.

This is one of them.

It has to do with competition, level (commercial) playing fields, ratepayer subsidies and community support.

In Australia we can have the situation of two forest owners who are neighbours, one of whom pays local Government rates (taxes) on their forest land and the other does not.

One owner gets to use local Government roads to carry logs for free, the other has to pay rates to help maintain the roads. The former gets a subsidy (free roads) from his neighbour (and other ratepayers), to the competitive disadvantage of his neighbour, and any other landowner thinking of growing trees for wood production. Why compete against growers who get to use the roads for free.

And why subsidise these forest growers anyway? Everyone else pays rates!!

And local Governments around Australia are complaining more and more. Here are two recent examples:

This can be either a) State forest agencies not paying rates on either native forest or plantation land, or b) privatised former Government plantation owners being exempt from paying rates such as in Queensland.

The Mayor of Oberon says a lot of very good things in that article. Well worth reading.

How can the forest industry hope to gain community support if it treats local communities with such blatant contempt?

Ratepayers should be marching on City Halls around the country demanding action!

Why are Australians continuing to subsidise the forest industry?

How many Australians even realise they are subsidising the forest industry through their local rates?

Not very many is my guess.

No forest companies or State forest agencies tell us if they are paying rates on their forest land. And I bet no local Councils/Governments tell their rate payers if they are subsidising the industry. I went to the Oberon local government website and couldn’t find any mention of the issue. Not even the ratepayers of the Oberon Shire, NSW are allowed to know they are being ripped off!

Why does the forest industry accept these deliberate market distortions that destroy competition, inhibit investment and ultimately destroy the industry’s future?

Growing trees for wood production is a business right? Just like every other primary industry.

Removing these deliberate market distortions would help put the forest industry onto a level playing field. It would help make the industry more competitive and encourage investment.

The only basis for a successful forest industry is profitable (unsubsidised) tree growers. 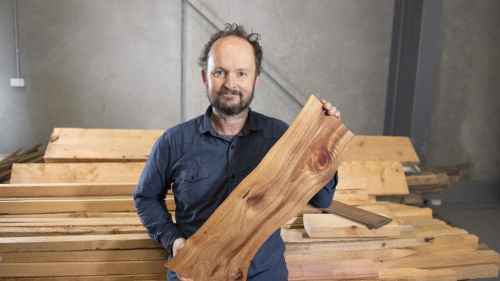 “Fair Wood seeks to bridge the gap that exists between socially and environmentally conscious timber consumers and small Australian farm-foresters and saw millers.”

The momentum to create an alternative wood market away from public native forestry and illegal imported timbers is slowly growing in Australia.

Here’s another new business looking to help create that vision.

Ceres Fair Wood is based in Melbourne.

At the moment the Fair Wood web page looks just like any other retailer – products to sell.

I hope one day soon the web page also has a “Growers” heading.

As the Fair Wood business grows it should be providing lots of market information back to the farming community, so that farmers get a very real sense that the market wants them to grow wood!!

In my opinion that is what is needed to “bridge the gap”! 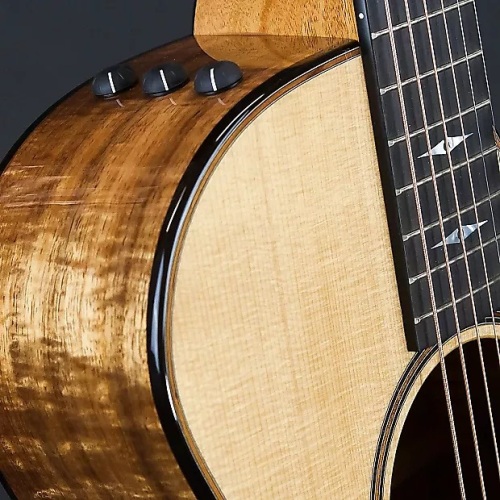 It’s not often that Taylor put out a 700 series model featuring Tasmanian blackwood.

This one is a beauty!

Here’s one for sale on Reverb but there are a few others around: 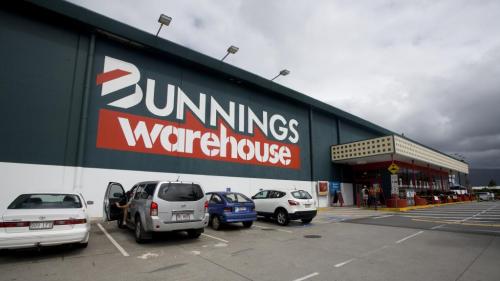 I wrote back in May about Bunnings, their fantastic timber policies, and how it was time for Bunnings to live up to those policies when it comes to their support for public native forestry in Australia:

Well it seems the time has come:

Federal and State Governments refuse to resolve the disaster that is public native forestry in Australia so its time (finally) for the market to take responsibility.

Hardware chain Bunnings has put VicForests on notice that it must reduce its impact on Victoria’s native forests or risk losing its custom, after the state-owned forestry company failed in its [third] bid to achieve green [FSC] certification.

Bunnings could be about to change the face of the forest industry in Australia and bring the industry into the 21st century.

So what else could Bunnings do to support a real forest industry in Australia?

The future of the forest industry in Australia is with profitable private tree growers.

Bunnings needs to start talking with farmer groups. There is a long road ahead and many years of neglect to make up, but forestry is about the long term.

Since Bunnings is also in New Zealand they should form a partnership with the New Zealand Farm Forestry Association (NZFFA), and support Kiwi tree growers.

Upon further reflection one has to wonder exactly what is Bunnings hoping to achieve from its warning to Vicforests?

What possible assurances or changes in behaviour can Vicforests provide that will satisfy Bunnings but failed the Forest Stewardship Council test?

Surely a “three strikes” result from the FSC should be enough for Bunnings to stop supporting Vicforests.

Public native forestry in Australia is fundamentally compromised. It cannot achieve suitable environmental, community, political and commercial outcomes all at the same time. That is mission impossible!!

Bunnings and the rest of the timber market need to wake up to this fact.