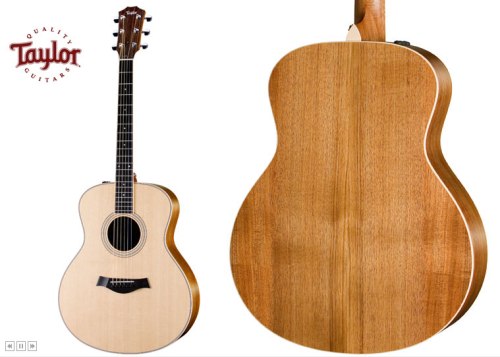 My trip down Taylor Memory Lane continues with a spotlight on the next blackwood issue. Following the introduction of Tasmanian blackwood into the Taylor Guitars limited production in 2004 the next appearance was in 2007 with the GS4e Fall Limited Edition.

In contrast to the abundant 2004 range of Fall Limited Edition models, only five (5) Fall limited release models were issued in 2007, with the GS4e being the only blackwood model (Wood & Steel Vol. 53, p. 16).

Production of the GS4e was only 400 units.

The Grand Symphony (GS) model was introduced by Taylor in 2006, designed to fit between the GA (Grand Auditorium) and the Jumbo. The Jumbo itself was replaced by the GO (Grand Orchestra) in 2013.

The GS4e was a plain basic GS model with a RRP of $US2,198. The specifications are:

For the next 4 consecutive years from 2007 to 2010 Taylor included Tasmanian blackwood in their Limited Release issues with a total of 9 models. My next spotlight will feature the enigmatic 2008 Spring Limited Edition models.

This entry was posted in Taylor Guitars. Bookmark the permalink.