My March trip around the north 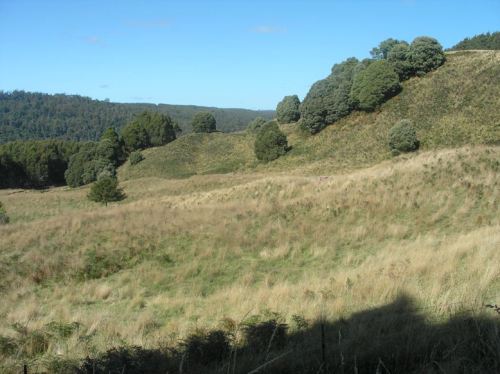 It was great touring around the north last week visiting people. Apologies to those people I missed seeing. You are at the top of my list for the next visit north. Here are a few of my observations from the trip.

It’s not often I get to tour the north east. Most of my travels seem to take me to the north west. What I really appreciated this time was the great potential of the region for growing blackwood. Many farms in the high rainfall areas of the north east have areas suitable for growing blackwood, that are currently being used for rough grazing or are covered in the usual bracken and blackberries. One dairy farm I visited was a perfect example – intensively managed flat land, but plenty of steep slopes and back corners that are ideal for growing blackwood. I can’t see why the north east couldn’t support 1000 ha of blackwood plantation. That may not seem much, but that area would supply annual blackwood sawlog volumes equivalent to what is currently produced from native forest in Tasmania! There are also plenty of farms with existing native blackwood that could be managed for sustainable wood production.

Touring around the back roads of the north west is always a pleasure, especially when the weather is great. Visiting Gilles Carrabin and his excellent example of plantation blackwood was inspiring. It just shows what passion and commitment can do. I also saw plenty of land that could be growing plantation blackwood (like in the above photo), even in the most intensively managed areas; areas that are currently underutilised.  If only we can get the ball rolling.

3.    Connecting with the rural community

Most people I spoke to expressed interest in and support for a blackwood growers cooperative. I drove around to many small local shops where I posted flyers. This made me appreciate the difficult task of both engaging with the rural community. There are lots of people who recognise blackwood is a Tasmanian icon and have some idea of its commercial potential, but taking the next step towards commercial development will obviously take time and effort. Having a few local success stories like Gilles Carrabin will obviously help promote interest, but I need to try and locate other farmers who are successfully growing blackwood. I can then hopefully organise a field day based around these properties, with the owners permission. Hopefully the politicians will then recognise the degree of community interest and support.

I was surprised by the general sentiment of people towards the current state of the forest industry. I have been thinking that trying to get support and interest for a new commercial forestry venture in the current climate would be difficult. Many people certainly understand that the industry needs to change, but despite the current industry malaise, many people expressed optimism that the forest industry has a great future in Tasmania provided the ongoing conflict can be resolved. Many people expressed concern as to whether the current players were up to that task.

I already have the start of an itinerary for my next trip north. Once I get a few more enquiries I’ll schedule a trip.

This entry was posted in Uncategorized. Bookmark the permalink.